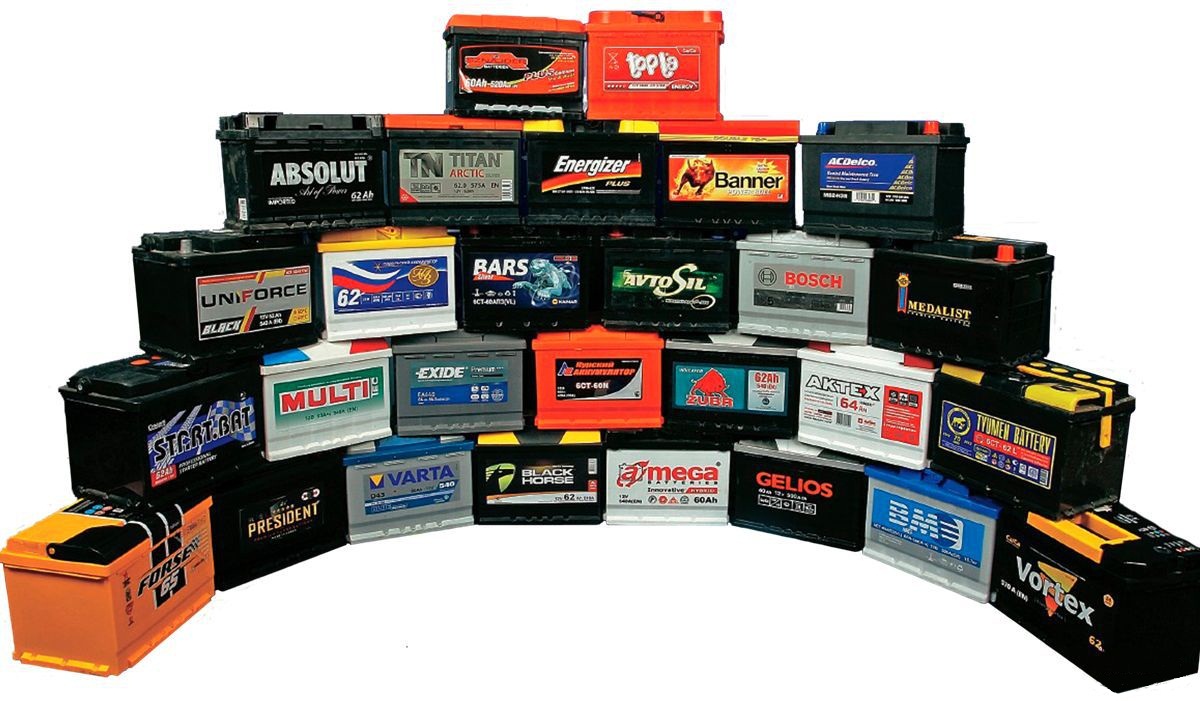 The battery marking is applied to each battery in accordance with international standards.
Each battery must have its own label, which reflects all the necessary information about it, which the buyer must know. Basically it is the battery capacity, voltage, its type and purpose.

The marking of the battery for each country of manufacture is different and significantly different.

In the CIS countries marking of rechargeable batteries occurs according to GOST.

Marking of the battery according to the GOST standard looks like this (example): 6ST-55PM.
- 6ST - the number of elements (voltage 2V) in the battery (6 cans of 2 in the amount of 12 V);
- ST - purpose of the battery (starter);
- 55 - nominal capacity in Ampere-hours;
- P - monoblock material (polypropylene);
- M - material of the separator (miplast).
Other designations
- A - indicates that the battery has a common cover
- C - The battery is flooded and fully charged. (if the letter "C" is not present, the battery is dry-charged)
- T - means that the battery case is made of thermoplastic plastic.
- E - the case is made of ebonite in the form of a monoblock.
- Agm - is typical for batteries in which not significant water consumption meets GOST.
Also, the marking of the battery provides for the following information:
Trademark from the manufacturer, nominal capacity in A-h, starting current A at -18 degrees Celsius (otherwise it is also called cold-scrolling current). Indicate the voltage emitted by the battery in volts (V or B), time of manufacture (month, year), battery weight, necessarily polarity signs.

In European countries, the battery is marked according to the DIN standard

Japan has its own JIS standard. This standard provides for 4 indicators.
Here is the standard designation of the Japanese battery - 60D27R.
- 60 - a figure showing the combined values of the battery capacity and its starting current;
- D - "form factor", a characteristic that indicates the height and area of the battery.
- 27-length battery in cm;
- R - polarity of the battery (indicates where the negative terminal is located. R-right, L-left);

Marking of the joint stock bank from the American producers. SAE
The marking indicates only two indicators, the cold scroll current at minus 18 degrees and the size group.
If the battery is marked A24420.
- 24 - shows the reserve capacity, measured in minutes at + 27C,
- 420 - cold scroll current - in amperes at-18C.